Making up situational dialogue ~ I think the dumplings are yummy

The topic of today’s dialogue practice was about tasting .

Based on the course dialogue, I tried to lengthen the situational dialogue and imagine how I would express it under such situation.

A: I think the dumplings are yummy.
B: I agree with you. Do you want some more?
A: Yes, please. And some soy sauce.
B: O.K. let’s order another plate
A:  Good idea. And remember the soy sauce.
B: Ok, no problem.

B: I ordered a few side dishes .Would you like to taste it ?
A: Sure ! Wow ! pickled vegetable and Chinese pickled cucumber.
B: They are appetizing !
A: Yeah. Eating dumplings with these side dishes are really perfect match ! 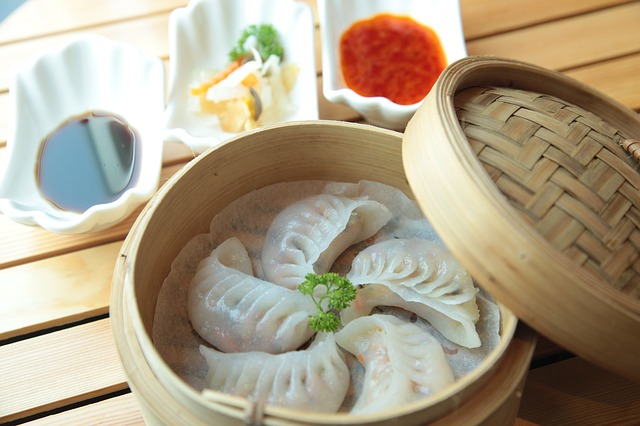